HAMA COUNTRYSIDE, (SANA)- A military source on Friday stated that some of the armed forces units on Thursday morning carried out a „qualitative operation“ in al-Treimseh town in the countryside of Hama province that targeted the gatherings of terrorist groups‘ members as well as a number of their leadership’s whereabouts and dens which they used as a springboard for their criminal acts and a base for torturing kidnapped citizens.

The operation, the source said, came in response to the pleads of the inhabitants of al-Treimseh town who had been exposed to various forms of criminal acts at the hands of armed terrorist groups, including acts of killing and terrorizing in addition to exploding a number of houses. 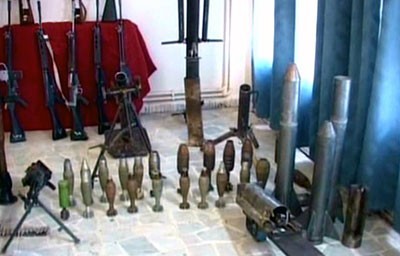 The operation was carried out after a process of monitoring and accurate information gathering in cooperation with the residents, the source added.

It said the terrorist groups‘ dens were destroyed and a big number of their members were killed in the operation, while scores of them were arrested. Large amounts of weapons and documents, including IDs for non-Syrian persons, one of them Turkish, were seized. 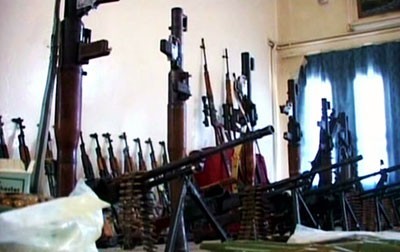 The source said that after the armed forces successfully dealt with the terrorists without casualties taking place among the citizens, they searched into the terrorists‘ dens where they found dead bodies of a number of citizens who had been abducted and later killed by the terrorist groups.

The source stressed the armed forces‘ full preparedness and permanent readiness to intervene to protect the citizens and confront the terrorists and ward off their criminal acts against the safe citizens wherever necessary.

It also expressed the forces‘ thanks to the residents who cooperated with the authorities in specifying the terrorists‘ whereabouts and thus contributed to restoring security and safety to the area.

3 Gedanken zu “SANA syndication: The Armed Forces Carry out „Qualitative Operation“ in al-Treimseh and Cause Heavy Losses among Terrorists”